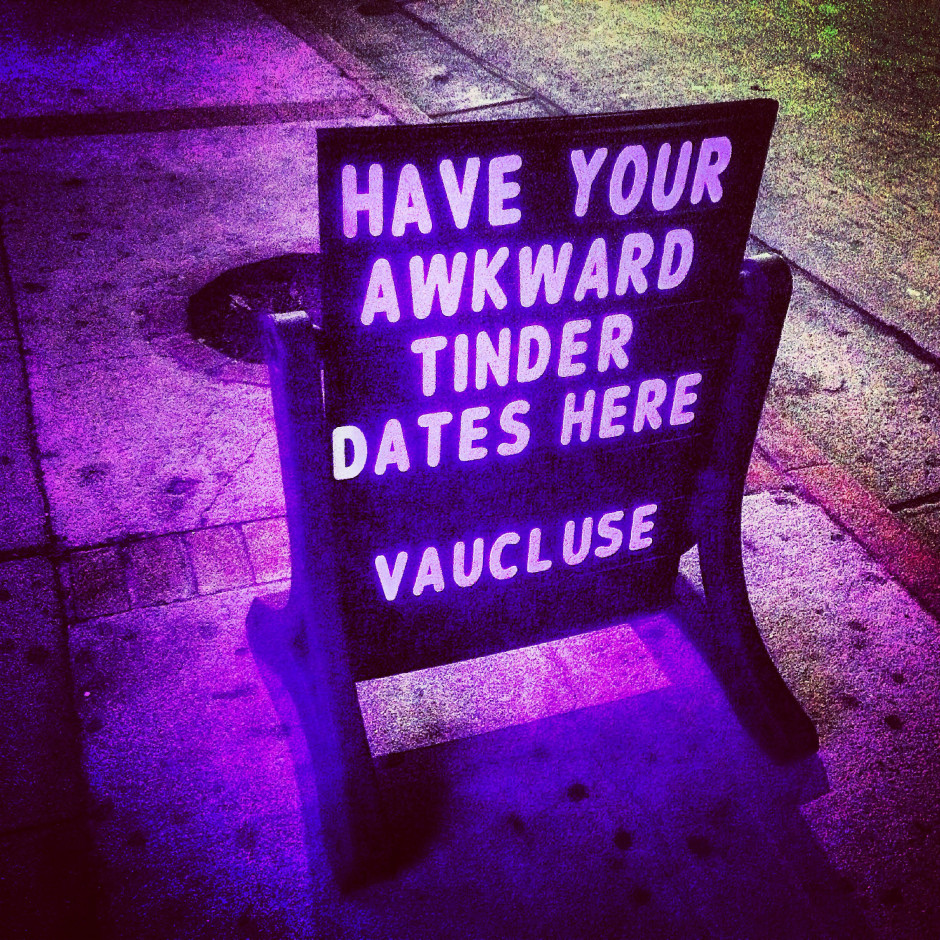 When you move into a new house you might reasonably expect your new neighbours to introduce themselves; to say “hello” or “nice to meet you” or “I made you a batch of banana muffins to welcome you to the neighbourhood”.  At least, that’s what I would do.  But when we moved into our house 16 years ago, the first thing our new neighbour said to me was “your bedroom shares a wall with my bedroom so keep it down please”.  I found this rather forward, rude even, and obviously fantastical since, with three children under the age of 8, it was wildly unlikely that we would have the time, energy or inclination to do anything in our bedroom but saw logs.  Our neighbour had a point, however mangled her manners were in expressing it.  In a densely urban environment, one needs to be considerate of one’s neighbours.

Over the backyard fence, close enough that I can almost make out what he is cooking for dinner, lives another neighbour.  Sadly for us, no one has back-asswardly alerted him to the importance of having regard to one’s neighbours.  In the warmer months, our backyard neighbour blasts music through his tree-mounted outdoor speakers.  I don’t mind the classical and jazz playlists, although I would prefer to contemplate my postage stamp, scraggly grass backyard in silence.  What gets me is when he cranks the oldies.  It’s not so bad when he plays Led Zeppelin or Pink Floyd – you know, the classics – but I don’t think he has purchased any new music since about 1982.  Stars on 45?  Really?  Look, I can do retro like nobody’s business.  I’ve turned the volume up to 11 for Echo and the Bunnymen or This Mortal Coil or The Velvet Underground when cleaning the house or baking cookies.  But my speakers are inside the house, not aimed at the backyard hot tub like my neighbour’s.

My neighbour is not much older than me, chronologically speaking, but he’s OLD.  He’s wedged into some kind of baby boomer time-warp where he can imagine, for as long as the Eagles’ greatest hits are cranked and the hot tub is bubbling, that he isn’t wrinkled, balding, spreading through the middle and worried about his cholesterol.

Having kids helps keep you young, I think, what with all the running around after toddlers and, later, the high energy screaming matches with teenagers.  My kids turned me on to less mainstream social media, and help to keep me abreast of trends in music, film, books, art, fashion, food, technology, language and the particular semaphore of texting.  But having children is not a prerequisite for maintaining youth: my parents were old farts when they were half my age now, bless them.  I think you remain youthful – culturally, sociologically and technologically – even if you don’t have children, by maintaining an open heart and an inquiring mind.  These two qualities will also, I hope, mean that you won’t be the grumpy old geezer in the old folks’ home but, instead, the eccentric and oftentimes inappropriate oldster.  That’s what I’m shooting for anyway.

Of course, there are limits to what I would do to maintain my delusion of youth.  I might colour my hair (“only my hairdresser knows for sure”!) but I draw the line at surgically appearing to be young.  Why anyone would voluntarily stick needles in their face or implant chemical parcels under their skin, paying dearly for the privilege, I will never understand.  I will also never use Tinder.  Mostly because I am married, but also because it’s just gross.  I am no prude, but Tinder is not even about sex, even the casual kind; it’s about vanity, conceit, boredom, poor self-esteem, a lack of imagination, indolence, short attention spans and basically being a dullard.  Tinder is the new “hobgoblin of little minds” and little, well, you know…

One evening, an older man, in his sixties I would guess, arrived at the restaurant a bit early for his reservation.  Most people in similar circumstances will order a cocktail or a glass of wine, and then scroll through emails or read a book while they wait for their dining companion.  Some folks will engage me in conversation or will sit silently mulling through their thoughts.  But this guy, I’ll call him “Merv the Perv” (because that is what he is) whiled away the wait by noodling around on Tinder.  This wasn’t surreptitious, under the table, dark corner perusing; this was full-on sunlight, middle of the dining room, tablet on the table, mental masturbation.  For a solid half hour (what stamina for an old guy!) he shamelessly and publicly swiped right, right, right.  From what little I know of Tinder (which is still more than I want to know), I understand that one is able to set preferences like gender, vicinity and age.  The women who appeared on his phablet – with alarming alacrity and in seemingly endless supply – were young enough to be his daughter, even granddaughter.  Ugh.

When his friend arrived, Merv was only too happy to share the details of his creepy exploits of the last half hour.  And then dinner was underway and they fell to talking of typical subjects like the weather, work, golf, vacations, kids and wives (!).  Technology, like eating and sex, is, or at least can be, awe-inspiring, life-saving, life-altering, mind-blowing and basically just magical, but they just don’t go together.  At least not in public and definitely not in my restaurant, thank you very much.  Like pornography, please keep your proclivities to yourself, at home, in bed, with your laptop.