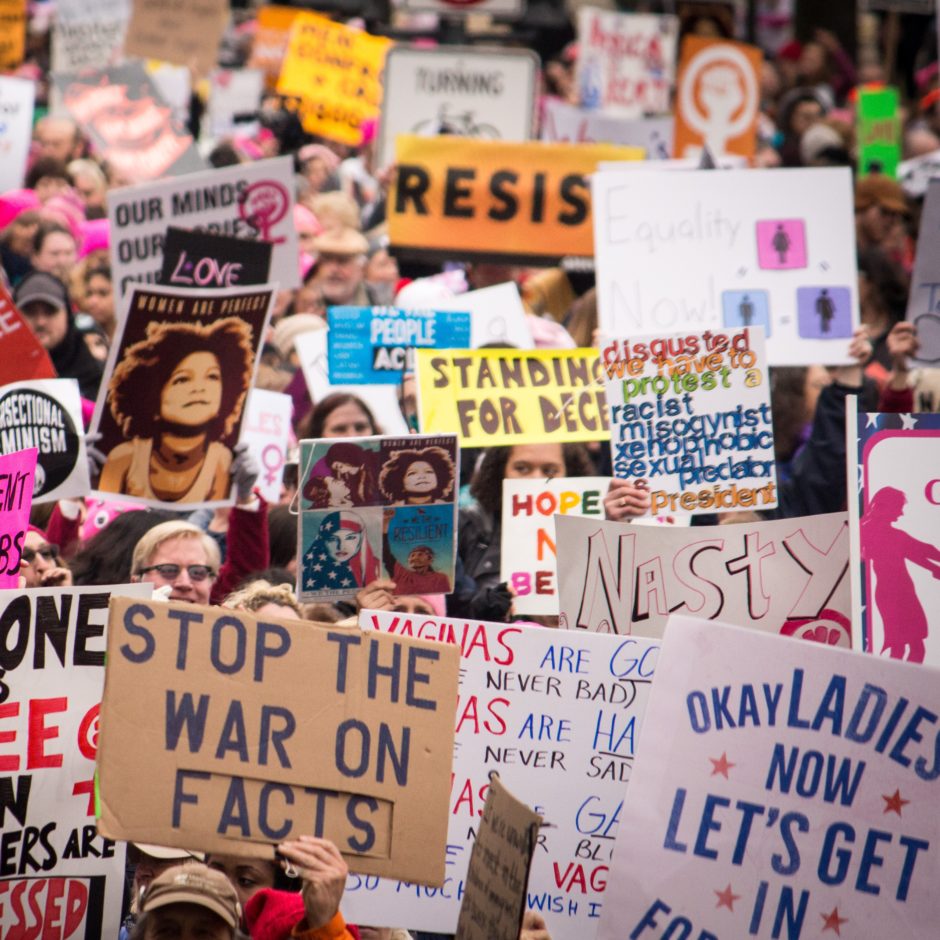 For various reasons, I have been taking a bit of a break from my blog this year, but I haven’t stopped cooking and baking (and eating). And I haven’t stopped ranting. Here is a piece I wrote on Facebook a while back. Yes, it’s unrelated to making cookies and barbecuing chicken, but it’s powerfully related to ME:

A very good friend of mine posted an article called The Limits of ‘Believe All Women’ (Bari Weiss, New York Times, 28 Nov. 2017) on his Facebook page yesterday, ostensibly in support of women and, I suppose, as a cautionary tale. I commented on the post as follows: “Oh dear. The backlash has begun. Whose side are you on again?” My friend then encouraged me to support my argument that the NYT piece is indeed backlash.

“You look like my dog. You’re a dog. That stick keeps your mouth shut so you can’t talk.” He said.

“Well, your dog shits out his asshole and you shit out your mouth. I’m ashamed of you.” I said.

Was there a language barrier? Did I misunderstand? But his sneer and look of disgust told me otherwise. And his words, of course, and the fact that he singled me out in a busy store. And what truly appalled me, was that everyone else, every one who had probably heard him and had definitely heard me, just stared sheepishly at the ground. Did they think it was none of their business? Or that he was harmless? Or that I was overreacting? Or that I was handling it fine by myself? I don’t know and I don’t care. A complete stranger told me that I had no right to speak and that I was no better than a dog. So. I came home and, still shaking with rage, fear, shame, and disappointment, decided to respond to my friend’s Facebook post. So here goes.

From the get go, from the very first few words of Bari Weiss’ article, I knew there was gonna be trouble. The article begins with a reference to the Adam and Eve fable, one of the most famous tales of misogyny in history and certainly one of the justifications for the oppression of women in Judeo-Christian culture. Weiss then conflates the Adam and Eve story with the Pleistocene era as if they are both actual historical events. Then there’s some stuff from Shakespeare because apparently, speaking of Genesis stories, Shakespeare thought of “believe women” first. There is also Shakespeare stuff to establish the intellectual bona fides of Weiss.

Weiss briefly acknowledges a few of the women who started this whole glorious ball rolling, which is great, and then immediately fucks it all up by calling the #metoo movement an “exhilarating hunt”. As if generations of oppressed, harassed, abused and/or assaulted women find sharing their #metoo stories, or hearing other women’s #metoo stories, “exhilarating”. As if women who have themselves been hunted now feel like “huntresses”, as Weiss would have it. These women aren’t big game hunters. They aren’t in it to hang trophies of gorgeous, elegant, innocent animals in their wood-panelled libraries. Violence is the opposite of telling a #metoo story.

And Weiss has got it wrong from the very beginning. It’s not “believe all women”, as Weiss declares several times throughout her article, it’s “believe women”. If you want to caution about the dangers of a movement, you better get that movement right. Sure, if you spell my name Mlissa instead of Melissa, I’m still going to know you mean me. But I’ll think you’re careless and rude for not taking the time, or having the courtesy, to get my name right. And besides, the movement is #metoo not “believe women”, or even “believe all women”.

Don’t think there’s a difference between “believe all women” and “believe women”? Well, just like Weiss, you’re wrong too. With respect to disgraced and disgraceful Senate candidate Roy Moore, Senate Majority Leader Mitch McConnell famously (and surprisingly) said of Moore’s accusers: “I believe the women”. Wouldn’t it mean something entirely different if McConnell had said “I believe women”? And wouldn’t it mean something entirely different again if McConnell had said “I believe all women”? See what I mean? Imagine if Jesus had said “I am a way”; that’s pretty close to “I am the way” but totally different, right? What if Dr. King had said, “I have a really good idea” instead of “I have a dream”? Sort of the same, but not the same at all.

Along with getting the movement wrong, Weiss says some other pretty dumb stuff. Apparently, the “believe all women” movement has not only uncovered the criminal behaviour of Harvey Weinstein, it now “criminalizes behaviour that we previously regarded as presumptuous and boorish (Glenn Thrush).” What little I know of the Glenn Thrush story is that he isn’t presumptuous and boorish, in fact he’s kind of rapey. Weiss would have us believe that “sexual mores are transforming so rapidly” that men are finding it difficult to adjust. Oh boo fucking hoo. It’s accountability for sexual harassment that’s transforming, not sexual mores. Sexual assault is criminal behaviour, sexual harassment can amount to criminal behaviour, and both have absolutely zero to do with sexual mores, transforming or otherwise. Are some men so stupid that they don’t know that masturbating into a potted plant in front of a terrified woman is not ok? I guess Weiss thinks so. Man, those transforming sexual mores are so confusing. Is it no longer ok to stick your tongue down the throat of the new young intern? “Believe women” isn’t just for feminists, as if only feminists think sexual assault and sexual harassment are wrong. “Believe women” is for feminists AND social justice warriors AND, frankly, for kind, considerate and right-thinking people everywhere.

Then we transition into the dangerous part of Weiss’ article, the part where we need to feel bad for men who are worried about being wrongly accused. Because that happens all the time. I don’t think I’ve ever heard anyone complain about false accusations of robbery, arson or murder. But everyone seems to get bent out of shape about all those false sexual assault and harassment accusations that are coming down the pipe (pun intended). There is zero evidence that sexual assault or harassment allegations are fabricated more often than any other crime. Which is not to say that they don’t exist, but, as with any fabricated accusation, they usually get found out pretty soon. Nevertheless, Weiss devotes more than a third of her article to false accusations that were discredited but quick.

The first false accusation Weiss considers was brought against Roy Moore by someone who was, in fact, collaborating with Project Veritas. Her accusation was fabricated not to defame, shame or “out” Moore, but to embarrass The Washington Post. Weiss in no way discredits Project Veritas as an alt-right, Breitbart-associated enterprise. Weiss acknowledges that the Post figured out the con lickety split, but says it’s “not hard to imagine how this episode might have played out if [she] had announced her accusations on, say, Twitter.” This is utterly disingenuous alarmism. She would never have posted her accusation on Twitter because the accusation wasn’t the point; the point was to have the Post publish a false accusation. False accusations constitute libel, a criminal offence in Canada. I’m no expert in American law, but I believe a false accusation is certainly a civil offence if not a criminal one there too. You can be certain that the NYT which also, ironically, broke the Weinstein story, made every effort to determine that the Weinstein accusations were not false. The second false accusation that Weiss considers was an allegation made against Senator Al Franken. That one lasted about five seconds until the supposed victim of the harassment, Arianna Huffington, dispelled it. Because, hello, believe women.

Bari Weiss is problematic; she has said some deeply troubling things before (give her a Google and pay particular attention to her article about cultural appropriation. Oh dear.) She seems an odd fit for the NYT, but I guess her reactionary views means she brings additional and non-traditional eyeballs to the NYT. Consider also the normalizing Nazi article from a month back and the recent article about how since male sexuality is implicitly brutal they just can’t help themselves. What the fuck is happening at the NYT? Who knew the Gray Lady was into reactionary and incendiary clickbait?

I don’t doubt Weiss’ feminist bona fides; she certainly believes she’s a loyal soldier. I suspect, however, her intellectual bona fides; she really doesn’t seem that smart. And I wonder when we will find out that she’s a double agent, secretly working for Project Veritas too, all along.

Minding My Own Business #1: a Restaurateur’s Rant

If You Can’t Stand the Heat, Get Out of the Kitchen – Part Three

Sorry Seems to Be the Hardest Word