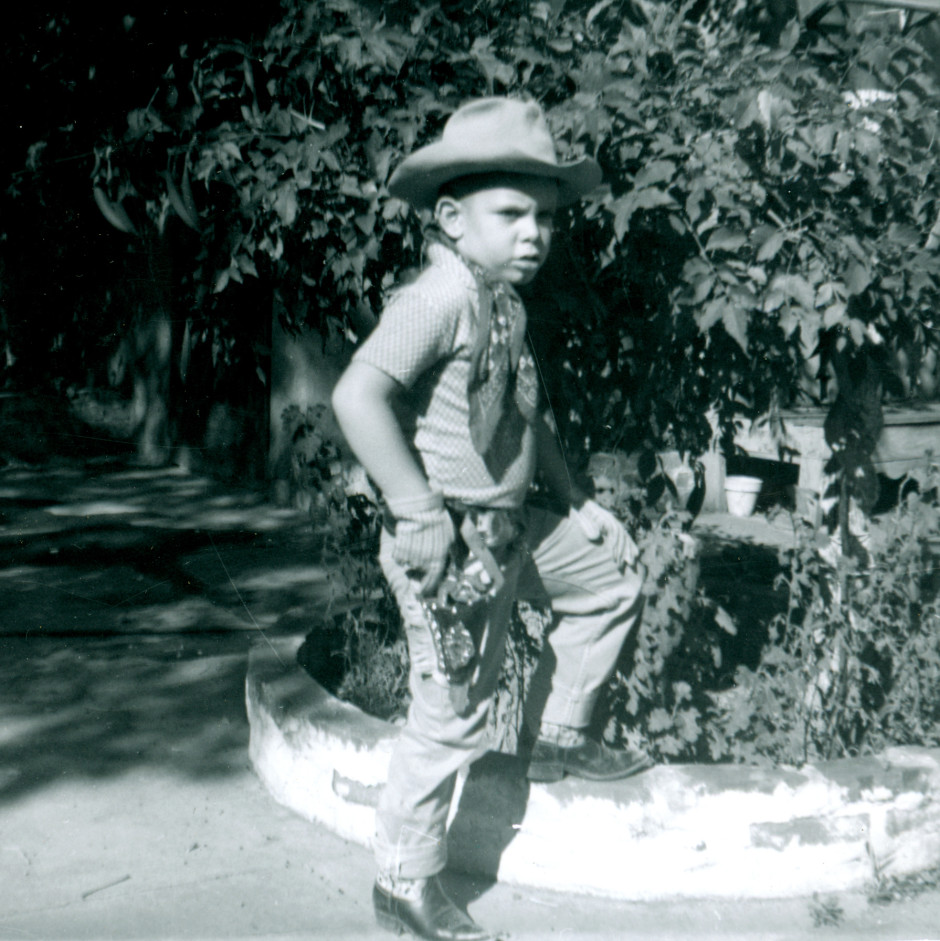 “Mama, Don’t Let Your Babies Grow Up to Be Cowboys” (or Chefs)

We shop at a number of restaurant supply companies.  Most are dusty, warehouse-type, suburban operations in far-flung commercial strip malls.  But they are fabulous and definitely worth the drive!  Labyrinthine conglomerations of gleaming pots, wooden spoons, all manner of chef knives, baskets, silicone spatulas, rasps, graters, thermometers, glasses, trays, floor mats, cocktail shakers, plates, tart tins, cake pans, pie plates, pizza stones, cutlery, stainless steel tables, chef coats, blenders, can openers, storage containers, linens, mop buckets, doohickeys, thingamajigs, whatsits, and cavernous rooms of new and refurbished kitchen equipment.  And yeah, they’re all open to the public.  If you are not a restaurateur, you will pay a premium, but you will still find a brulée torch for less than half of what you would otherwise shell out at Williams-Sonoma.

There is also a relatively new restaurant supply store that is conveniently located a few minutes’ drive from our home and not far from the downtown core.  As might be expected in an urban, gentrified and hipsterish neighbourhood, this kitchen supply store is all shiny and sharp-edged.  Huge expanses of sun streaming windows, glossy, wide-plank, wooden floors, a two storey chandelier fashioned from oversize cheese graters and, on the top floor, a large commercial kitchen used for guest speakers, food and wine tastings, book signings, and cooking demonstrations and classes with in-house instructors and visiting celebrity chefs.  Aspiring and amateur chefs can sign up for classes in knife skills, pizza making, holiday cooking, baking, bread making, vegetarian cooking, and so on.

Professional kitchens can be notoriously loud, rude and seemingly chaotic, but when I was at the restaurant supply recently the class upstairs sounded particularly rambunctious – like a horde of hyperactive, out of control kindergarteners off their meds which, in fact, they were (maybe even the meds part).  This class was one of several weeklong summer day camps for wannabe chefs aged 6 to 10.  On alternate weeks there is a cooking camp for tweenaged chefs in training.  I can picture the nannies dropping off all those little Jaxsons and Arabellas in the family Lexus so mom can spend the day in penance at spin class working off the crumb of melba toast she had for dinner last night in defiance of her gluten-free diet.  Rage rage against the fading of those coltish sinewy thighs!

I imagine that the parents of these wannabe chefs are all devotees of the latest celebrity chef and spend their evenings traipsing down obscure alleyways in the grotty parts of town in search of that particular day’s hot new artisanal taco and gin joint, discovered by secret tweet from similarly slavish foodie fanatics.  One need only follow the line, Hansel and Gretel-like, of Mercedes, BMW and Audi SUVs threaded along grimy streets strewn with condoms, broken bottles and syringes.  And then, past the off the hinges door and into a garage dimly lit by Christmas lights and candle stubs in mason jars where a burly, tattooed, circus strongman-looking chef grills emu testicles garnished with smoked bathroom sink lime scale foam.

Why do these parents want their children to be chefs?  Are they so deluded by reality television cooking shows that they think culinary schools are the next Wharton?  The new Harvard?  In a nutshell, the life of the average chef is this: long hours, late nights, high stress, low pay with no benefits, little job security, no holidays, elevated risk of injury, high exposure to risky lifestyle choices like conspicuous drug and alcohol consumption and banging the skanky new bartender in the walk-in refrigerator, unsavoury role models, few opportunities to socialize outside of work, and very little likelihood of having an evening off to attend a birthday party, wedding, or parent-teacher interview, school concert, swimming lesson or soccer practice.  Multiply this misery several fold for women.

Maybe the parents don’t want their children to be chefs, maybe they just want the kids to learn something useful.  But why are these parents outsourcing something they should be teaching the kids themselves?  Because they can afford to?  Maybe.  In my experience it is because the parents themselves don’t how to boil water and, therefore, couldn’t possibly teach a kid how to make an omelette.  In fact, I often hear people proclaiming that they can’t cook, like it is something to be proud of.  So why send your kid to chef camp?  Why don’t these upwardly-mobile, aspirational parents enrol their kids in money management camp or legal research and writing for middle-schoolers camp?  Maybe the kids are the ones directing the show, I don’t know, I just sigh and step around the marauding mini chefs as I head to the back of the restaurant supply for squeeze bottles or ramekins.

No wonder the children need to learn knife skills and pot washing techniques, never mind egg poaching strategies and organic foraging theory!  Their home kitchens are chock-a-block with every appliance, gadget and accoutrement that developers, advertisers and celebrities endorse: hand-hewn, live edge countertops, mouth-blown glass mosaic tiles individually delivered by carrier pigeon, hulking industrial gas stoves, side-by-side-by-side chilled mountain water dispensers, and all manner of artisanal salts and exotic cookery books, but the parents can’t cook.  Dinner at home is likely to consist of some takeout arrangement from the local designer food boutique or delivery pizza or hastily scrubbed-together mac and cheese from a box.  How do I know this?  Because I’ve been in other peoples’ homes: socially, casually, incidentally, but also for parties at which I am a guest and for parties at which we have catered.

Several years ago, when my youngest child was about 6, he was friends with the child of an expat Scandinavian couple who were in Canada for a few years while the dad served out his diplomatic posting.  In their gleaming, expansive and expensive marble-panelled kitchen there was a bookshelf crammed with cookbooks geared to children.  To be clear, these weren’t cookbooks for aspiring kid chefs, these were cookbooks full of recipes for what some genius thought were children’s tastes.  As I casually perused one of these books when picking up my son from a playdate, the mom directed me to her family’s favourite recipe, spaghetti sauce.  The gist of the recipe as I recall was that one heats a can of pureed tomatoes and divvies it up; half the can for the kids and half the can for the parents.  In the kids’ half, nothing is added, no salt, no spices, no herbs, no vegetables, zip.  But in the parents’ half, one adds fresh basil and oregano, sugar and pepper, salt and cinnamon, onions and anchovies, etc.  I think I said something like “isn’t that wonderful!” when I was thinking “that’s the stupidest thing I’ve heard all day.”

In fact, I did say that it seemed like an awful lot of work and why not just make the same thing for everyone?  “But what if the kids don’t like it?” asks mom.  “Um, too bad I guess”, was my reply.  So mom asks what I do if my kids don’t like their dinner.  I say, “I tell my kids ‘tough’.  That’s what’s on the menu tonight.”  So she asks, “but if they don’t eat and they’re hungry later, what do you do?  Would you make them a sandwich or a bowl of cereal or something?”  “Nope”, I reply, “I tell them that if they’re hungry because they didn’t eat the meal I cooked for them then I hope they can hang in until morning and have a big breakfast.”  Poor woman!  She was horrified and I’m not sure if they went back to Scandinavia soon after or if she just stopped inviting my son over for playdates.

I have also seen how many if not most children eat when they come to our restaurant: plain boiled noodles, well-done steaks, chicken fingers, house-made sourdough with the crusts cut off, no vegetables, no seasoning, no sauce, great lashings of parmesan cheese or ketchup if a child is expected to choke down a piece of broccoli, chocolate milk to assuage a kid who is required to eat anything green.  And I’m not just talking about toddlers; there are teenagers and young adults who order from a children’s menu and sit around texting while mom cuts up their dinner into non-chokeable chunks.

I recently read a Bon Appetit blog post entitled “How Chefs Teach Their Children to Cook (and Eat Their Vegetables)”.  The post is utterly stupid on so many levels, contains very little useful or new information, and has pretty much nothing to say on the subject of getting kids to eat their vegetables.  One chef suggests getting the kids to pick herb leaves off the stems.  For real?  What toddler will sit still long enough to pluck the leaves from even a single branch of thyme without an extra dose of over-prescribed Adderall and the promise of more TV time?  Monogrammed child-sized chef coats and aprons?  Say what?  Does the kid have scuba gear for bath time and a tuxedo for piano lessons?  Ok, getting your kids to form patties, crack eggs, juice fruit, sure.  But three of the four chefs interviewed waxed effulgently about kids mixing cookie dough, licking cookie dough bowls, shaping cookies, watching cookies bake and, of course, eating cookies.  Were they kale cookies?  What the hell do cookies have to do with cooking – nevermind eating – vegetables, I ask you?

Here is what Bon Appetit and the chefs they interviewed missed entirely, in my view.  How do you get your kids to eat their vegetables?  You put vegetables on your child’s plate and you expect her to eat them.  There is no negotiation.  You don’t buy pretty pink vegetables in the hope that they will appeal to your children; you buy broccoli and brussel sprouts because they are usually reasonably-priced and they are healthy.  You don’t hide spinach puree in chocolate brownies a la Jessica Seinfeld, you put spinach puree on the plate and tell your kid to eat it.  Or else.  You don’t say “here, Penelope, form some lentil patties for mommy” you say “sit down and eat your lentil patties Penelope because it’s a long time until breakfast”.  Honestly, it’s not even a question of the lunatics running the asylum: everyone in Bon Appetit’s scenario is a whackjob.

The problem is, it’s not just kids that don’t eat their vegetables.  Look, I understand and accept when the customers at our restaurant make substitutions or special requests for reasons having to do with dietary issues, allergy problems, religious proscriptions and medical contraindications.  I can absolutely tolerate and sympathize with a customer’s personal tastes and predilections; a distaste for, say, rapini or lima beans.  But let’s keep it real, manageable, reasonable and at least theoretically possible.  There are customers that have to have every one of their dinner’s components on a different plate so the various foodstuffs don’t touch each other.   Some people gag and choke if their steak has tiniest wodge of fat or gristle.  Others insist that the bone be removed from a veal chop (ick!) or the head removed from a whole fresh fish (yuck!), as if their dinner didn’t once have skeletal structure or a face.  Honestly, some people would probably rather swallow a roast beef pill than a thick, crusty, salty, bloody slab (yum!).  If you act like this when you are dining in a nice restaurant, how do you behave at home?  No wonder you have to trick your children or negotiate with them to eat a single spear of asparagus: you are a bad role model, end of story.

Why I Hate TripAdvisor, Part 1