If You Can’t Stand the Heat, Get Out of the Kitchen – Part One 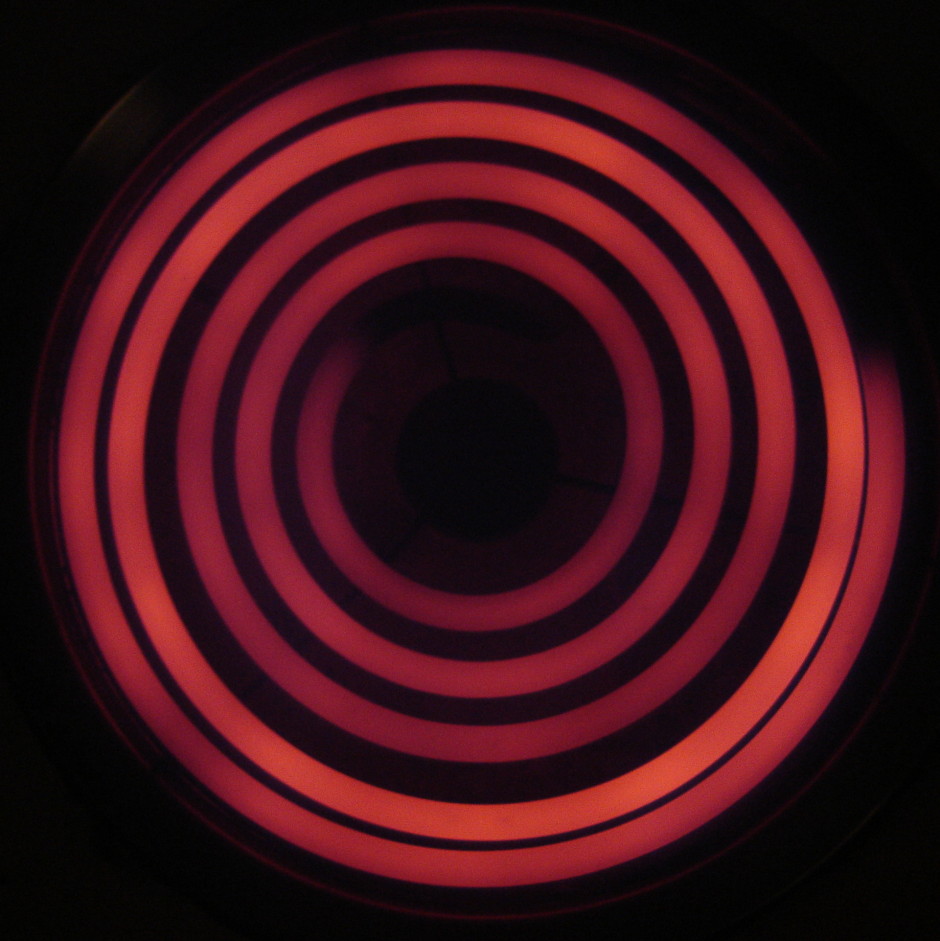 If You Can’t Stand the Heat, Get Out of the Kitchen – Part One

My husband is a lunatic.  And I say that with all the love, respect, admiration and wonderment that only the long-suffering spouse of a chef can muster or understand.  For my money, what little of it I have, anyone who desires to become a chef is a lunatic.  In addition to not having vacations, you probably won’t get to celebrate birthdays, wedding anniversaries, graduations, Valentine’s Day, New Year’s Eve or any other important occasion with your friends (assuming you have any) and family (assuming you found the time).  You won’t get to catch the big game, have date nights, go to concerts, entertain visiting relatives, attend children’s ballet recitals or see movies.  Oh, and you can’t get sick.  Well, you can get sick, or break your leg or whatever, but you still have to work.

When I was still in university – and before marriage, children, mortgages, bank loans, credit card debt, orthodontic bills, and the crushing and soul-destroying terror of owning a restaurant – my husband supported us by working as a sous-chef at a popular Italian eatery.  My soon-to-be father-in-law needed R’s help for a day in moving heavy furniture from the city up to the family cottage.  They were carrying an armoire, or a grand piano, or some other cottage-inappropriate and ridiculously elephantine piece of furniture down the steeply-pitched incline from a rented van to the cottage.  R turned his ankle rather badly, but the crank at the local hospital assured him it was only a strain.  R limped off to work the next day or, to be exact, lopsidedly pedalled his bike.  Several days passed before I noticed that the bottom of R’s foot was completely black from blood pooling at the sole.  I convinced him to go to the hospital and, as it turned out, his foot was broken.  But, the next day, R hobbled off to work with a cast and crutches.

A week or so later, R called me at home very late at night and asked me to pick him up in the car after his shift.  I pulled up in front of the restaurant just in time to see him lurching out the front door, teetering on his leg cast, and holding his arm out in a strange and disturbing manner.  “What fresh hell is this?”  I asked.  Apparently, some newbie cook had dangled the handle of a pan of boiling oil into the pass, immediately forgotten that he had done so, and then, upon whirling in a panic at the height of the dinner rush in the fashion of all newbie cooks, upended the contents of the pan all over R’s arm.  Rather than immediately calling for an ambulance, someone supplied a tub of flour for R to stick his arm into, someone else passed him a bottle of Scotch, and he continued to cook for a few more hours.

From his wrist to his elbow R’s arm looked like raw hamburger meat, as if it had passed through a combine.  When we got home, R continued to guzzle alcohol while immersing his arm up to the elbow in a pail of ice water.  He fell asleep/passed out/collapsed unconscious face down in bed with his arm still dangling in the bucket of ice water.  The next morning, actually just later the same morning, R shuffled off to work.  There was no day off, no cash reparations, no Worker’s Compensation claim, but at least the restaurant didn’t dock him for the bottle of whisky he’d mainlined.  We were young and stupid and poor, and R just kept on keeping on.  It would be different when he had his own restaurant.  Except it wasn’t.

Like I said, my husband is a lunatic.  In order to keep up with the frenetic pace, mind-altering stress and numbing physical demands of his job as the chef of his own restaurant, R maintains a diligent gym regime, and adheres to healthy and abstemious lifestyle.  He rides his bicycle to and from work most days and, like the proverbial postman, “neither snow nor rain nor heat nor gloom of night”, nor all combined, encourages him to drive, walk, or take transit.

We offered Sunday brunch at my first restaurant.  After six days behind the stoves at his own restaurant, R worked the brunch shift at mine.  It is notoriously difficult to find staff to work brunch; most chefs think they are “above” cooking eggs and otherwise slinging hash.  Most were up very late the evening before working a busy Saturday night, followed by an early morning bender to let off steam.  All cooks want to do on Sunday is sleep in and roll out of bed mid-afternoon to go for brunch themselves.

One Saturday evening, on his bicycle ride home from his restaurant, R wiped out on black ice.  Hardly complaining about his sore knee, we drove to my restaurant at 8:30 the following Sunday morning.  Brunch was slamming.  R cooked the entire shift on one leg, pivoting between stove, fryer, grill and sink on his one good leg, juggling hot pans and tongs, reaching into convection ovens and low-boy refrigerators.  By the end of the shift, R’s leg was so swollen he couldn’t remove his chef pants.  I insisted that we go to the hospital.  A few hours in emergency and a scissored-off pair of pants later, we discovered that he had torn the ACL in his knee.  The doctor prescribed a 24-hour leg brace, bed rest, an MRI and possible surgery.  Monday afternoon R was back at work.  When it’s your restaurant and you’re the chef, there are no injuries, no emergencies and no days off for any reason whatsoever.  Unless you are dead AND can produce a note from the coroner.

None of this is good.  It sucks a lot of the time, quite frankly.  To be clear, I am not endorsing any kind of sado-masochistic or macho chef culture.  But this is what it is like to be a chef and this is what it is like to own your own restaurant.  That is why I rolled my eyes when I read a Globe & Mail newspaper article by Corey Mintz about the financial “cycle of exploitation” of chefs.  My first thought?  “Suck it up buttercup”.

A restaurant kitchen is truly a battlefield.  Perhaps that’s why, at least since Escoffier, the professional kitchen is modelled after a military hierarchy and known as a kitchen “brigade”.  Even “chef” doesn’t mean “cook”; it means boss.  Professional kitchens, like battlefields, are dangerous and inhospitable places by definition: explosive, potentially toxic, alternately blistering hot and freezing cold, and full of sharp and pointy things, boiling and belching things, and slippery slidey things, and populated with explosive, toxic, blistering, freezing, sharp, pointy, boiling, belching, slippery, slidey people who give zero fucks about the starry-eyed newbie cook.

To add insult to this daily threat of injury, chefs don’t make a lot of money.  That’s just the sad truth.  And don’t talk to me about, for example, Jamie Oliver.  While technically a chef, in the sense that he cooked professionally at some point in his career, Jamie Oliver is the wealthiest chef in the world and one of the richest people in Britain not because he is a chef but because he is a smart businessman.  He earns his millions from an empire that includes dozens of restaurants, cookbooks, television shows and endorsement deals.  Same for Gordon Ramsay, Giada De Laurentiis, Martha Stewart et al.  And for every wealthy celebrity chef there are thousands upon thousands of aspirational wannabes slogging it out for minimum wage.  For every Jennifer Laurence earning $20 million per movie, there are countless theatre school graduates directing kindergarten Christmas pageants.  For every Beyoncé earning $100 million a year, there are innumerable cruise ship crooners.  For every Tiger Woods there are myriad ramshackle country club golf pros hawking tees and T-shirts.  And consider that, according to Forbe’s Magazine, Tiger Woods earned $50.6 million in 2015, $50 million of which came by way of endorsement deals.

As everyone, particularly a chef, knows, cream rises to the top.  In other words, the best cooks get the best jobs and the best jobs pay the most money.  There will always be outliers or the unfortunate, there will often be an element of luck or serendipity, and occasionally there is favouritism or nepotism.  But, generally speaking, the least accomplished and the least experienced are paid the least.  In addition, and just as with any job, you have to pay your dues.  Just like you probably won’t be the NHL first round draft pick right out of high school, you definitely have to prove your worth and put in the time in order to climb the corporate or culinary ladder.  And at some point, you might need to re-examine your career choice.  Sometimes you just need to stop calling yourself an actor and start calling yourself a waitress.

The sad truth is that chefs, except for the rare and rarefied, aren’t rich and never will be.  Same for actors, singers and athletes.  Anyone who goes to culinary school in the hope of becoming wealthy and famous is delusional, and I blame the Food Network for creating our noxious and aspirational celebrity chef culture.  I also blame Anthony Bourdain: if only he had written about bicycle maintenance – in which case the disaffected youth of today would be clamouring to become mechanics instead of chefs.  According to my cursory Google research, the highest paying jobs in Canada include specialist physician, dentist, family doctor, lawyer and judge.  The lowest paying ones include cashier, artist, bartender, server and babysitter.  Is it fair that a doctor earns more than ten times what a bartender takes home?  I don’t want to touch that stinky poop of a question.  But here’s the thing: it takes about 15 years of higher education and probably hundreds of thousands of dollars to become a medical specialist, and zero education and about five seconds to become a babysitter.  Being a chef doesn’t pay well, that’s the honest truth.  The moral of the story is that if you are claustrophobic, don’t be a miner.  If you’re allergic, don’t be a veterinarian.  If you are squeamish, don’t be a surgeon.  If you are afraid of heights, don’t be a pilot.  And if you can’t stand the heat, get out of the kitchen.

Read Part Two of “If You Can’t Stand the Heat, Get Out of the Kitchen”…

Read Part Three of “If You Can’t Stand the Heat, Get Out of the Kitchen”…

Minding My Own Business #1: a Restaurateur’s Rant

C’mon. Book! This is so good. ‘You’ve Been Served’ or ‘Chronicles Of A Kitchen Bitch.’ Just get a title and put it on store shelves. It’s already written. But first, find an agent who isn’t a narcoleptic stumblebum and have him/her score you a deal that’ll make Mssrs Bourdain et Ramsay quake with chef-y envy.

The Customer is Not Always Right