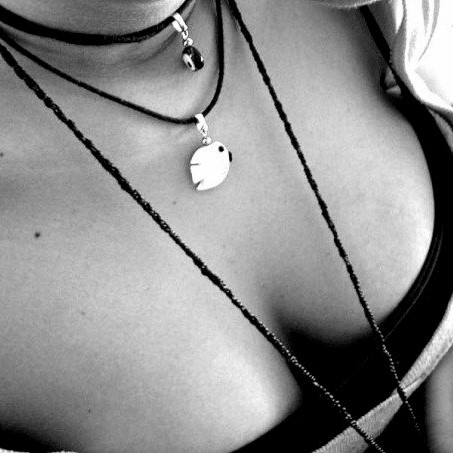 Do construction workers still catcall female passersby?  In my younger days, when walking by a construction site, I was accustomed to being whistled at – even in winter when swaddled in an ankle-length Michelin Man parka.  I used to grumble indignantly under my breath “bastards!”  It doesn’t seem to happen anymore.  I’ve noticed a lot more lady labourers lately; maybe they’ve put a stop to it?  Is it too much to hope that men have finally realized that hollering and hooting at strangers is not okay?  Or maybe, and more likely, I have attained an age that no longer diverts the male gaze.  No one catcalls when I pass a construction site these days.  (Bastards!)  When considering potential super powers I might like to acquire, I immediately reject invisibility.  I am already invisible.  Ask any other woman “of a certain age” and she’ll tell you the same thing.

Or maybe the proliferation and mainstreaming of porn, the barrage of bodacious butt pics on social media, the ubiquity of Instagram-filtered come-hither duck faces, and swiping right in hook up culture as diversionary entertainment in its own right – all of which are conveniently customized, portable, digitized, and easily and instantly accessible – has made the temptations of real life real people somehow banal.  It’s also possible that catcalling is as rampant as ever, but that some women are not offended by it.  I suspect that they might be the same women who employ the hashtag “Iamnotafeminist” when spouting fantastically ignorant political positions that they are too dumb to know they are lucky to have the opportunity to express.  Thanks feminism!

When I began my legal career in the late ‘80s and early ‘90s, clothing for female professionals was pretty much just men’s clothing with a few darts in the right places.  In my day, a female lawyer’s wardrobe choices consisted of grey, navy or black skirt suits, plain white blouses, and long silk scarves fashioned into blousy, feminized neck ties.  Most female lawyers sported simple haircuts, bare faces, and flat-heeled, sensible shoes.  One corner office male partner told me that his metric for distinguishing between the female lawyers and the secretaries (all of whom were women, obviously) was the height of their heels.  Of course, I didn’t know all this when I ditched the sweats and T-shirts of my university days and went in search of lawyer-appropriate attire.  My first day at work I wore a pair of pants.  In short order, a senior female lawyer told me that “women don’t wear pants”.  My first thought?  “I am a woman.  I am wearing pants.  Ergo…”  My second thought was: “Look, I don’t just want to wear pants, I want to wear THE pants, if you get my drift.”  But I just nodded and went downstairs at lunch and bought a skirt.

When I was eight months pregnant my husband and I were invited to attend a formal law firm function, the kind of party where men wear tuxedos and women wear ball gowns.  I searched high and low, to no avail, for a fancy dress that fit.  Maternity formal wear is a small market, to be sure, and these were the days of Peter Pan-collared, lace-embellished, polyester, pink, floral, maternity tent dresses.  At last I found a boutique that sold French maternity clothes.  The saleswoman, in her brusque Gallic accent, said: “een Frrrahnce vee celebrrrate zee prrregnahnt voomahn.  She eez prrroud of zee coorrrves of her bottee”.  Fuck yeah!  I purchased a skin tight, black, sleeveless mini dress.  A male colleague at the party remarked: “I never thought I’d say this to a pregnant woman, but you look hot!”  Was that comment kind of gross and inappropriate?  Sure.  But the truth is I felt hot.  Likely because I had a furnace in my uterus, but also because I had a fire in my belly and felt as powerful as Zeus.

Post-pregnancy, and as I gave less fucks than ever before about what people thought of me, I wore pants again.  When I wore skirt suits I wore the tightest, shortest and hottest pink ones I could get my hands on.  Anytime I wanted to be an intimidating ball buster, I wore the highest heels from my shoe collection.  One of my favourite compliments (even if it wasn’t meant as a compliment) was: “you don’t look like a tax lawyer”.  My plan was to drag sartorial expression out of the boys’ club and into the [insert feminist reference] Women’s Room.  Within a short time, pants for women lawyers caught on in my firm.  Now, some of the sharpest female lawyers in the country wear stilettos, designer pant suits and coruscatingly red lipstick.

The observation, obsession, criticism – even  the policing of women’s clothing remains.  Consider school dress codes that limit a girl’s clothing choices because a sleeveless top might constitute a distraction for boys otherwise hell-bent on studying .  Or the recent flap in Canada about a woman’s right to wear a niqab at a citizenship ceremony.  As a feminist, I appreciate that requiring a woman to take off her niqab is as offensive as legislating that she wear it in the first place, or telling a waitress that she must wear a shorter skirt, or requiring that a teenaged girl wear a long-sleeved shirt at school in the summertime.

Going bra-less used to be radical (“the personal is political” and all that), now it’s just Saturday afternoon at the park (see this recent newspaper article).  When Madonna wore lingerie and a crucifix she was being subversive, but then it became a uniform for middle school girls.  When a young female friend of mine started wearing her jeans baggy and falling down enough to show her underwear (like every teenager it seems, male or female) she claimed to be expressing her individuality and uniqueness.  “You know what would be unique”, I said, “a dress!  No one wears those anymore.  A dress would be really singular”.  Our clothing choices have the ability to be powerful political messages, not just mere fashion statements.

The state of one’s dress or undress is fraught, to be sure, but really only for women of course.  Beyoncé’s strapless dress (or dressless strap, more likely) looks like capitulation to me, but some might call it sexual self-ownership or self-empowerment.  Surely feminism is a big enough tent for all of us who claim to be its members and proponents, even when we disagree?  Shouldn’t we be inclusive and supportive rather than exclusive and dismissive?  But there is an important distinction, for me at least, between a scantily clad Beyoncé and the equally scantily clad members of her Beyhive: power.

At least until Hillary gets the launch codes, it seems that there is no woman on the planet more powerful than Queen Bey.  She can wear guaze and a few strategic sequins but her power and authority remain undiminished.  Beyoncé’s latter day Lady Godiva posturing hinges on buying into her self-styled reverse-feminist pageantry; and she can afford to stay gracious because the best revenge is her paper.  But for anyone lacking her power (in other words, everyone), Beyoncé-like exhibitionism seems like delusional capitulation to The Man masquerading as empowerment.  And it can be dangerous.

A few months back, one of our long-time servers left to pursue a new career – one that involved normal working hours, a pension and benefits, and better pay; the Holy Grail, the elusive and triumphant trifecta for an otherwise career waiter.  As our very own Papillon fluttered away, I set about hiring a new staff member.  My anonymous on-line job posting contained the usual bumpf about the requisite qualifications, something along the lines of “established fine dining restaurant requires full-time server with extensive experience and impeccable references”.  Within a few hours my email in-box was swamped.  The deluge of job applications included the usual flotsam from the inexperienced and the under-qualified which I hastily jettisoned after a cursory scan.  To my astonishment, there were quite a few resumés that included photographs.  I was reminded of when, a few years ago, a female job applicant included with her resumé a photograph of herself, in a bathtub, American Beauty-style (naked but for a few rose petals).  I quickly thereafter received a telephone call from that woman apologizing and explaining that she had sent the wrong photo, the one she sends for “other job applications” (huh?).  She didn’t get the job, at least not the one I was offering.

I get it.  A lot of servers are actors-in-waiting and they need to use those headshots their parents paid a lot of money for.  I imagine that there are quite few restaurants that hire their staff based on relative pulchritude not actual professionalism.  Whatever.  But this time, one young woman’s resume included a belfie.  OK, not a belfie exactly, but I don’t know what else to call a boob selfie.  Seriously, this woman had taken a photo of herself looking straight down her ample bosom.  She may very well have been entirely topless and then cropped the photo just so.  I couldn’t even make out the colour of her eyes; this photo was all boobs, all day long.  I was surprised, and then shocked, and then really, really sad.

Did this poor girl think restaurant owners were all male creepers?  That hiring managers were only pervy dudes?  That visions of her sugarplums compensated for her lack of restaurant experience?  Is this the legacy of Instagram, Snapchat and celebrity feminism?  Sadly, I do not doubt that the belfie will secure her a “position”.  Just not on top.

Banning Tipping is the New Organic – Part One