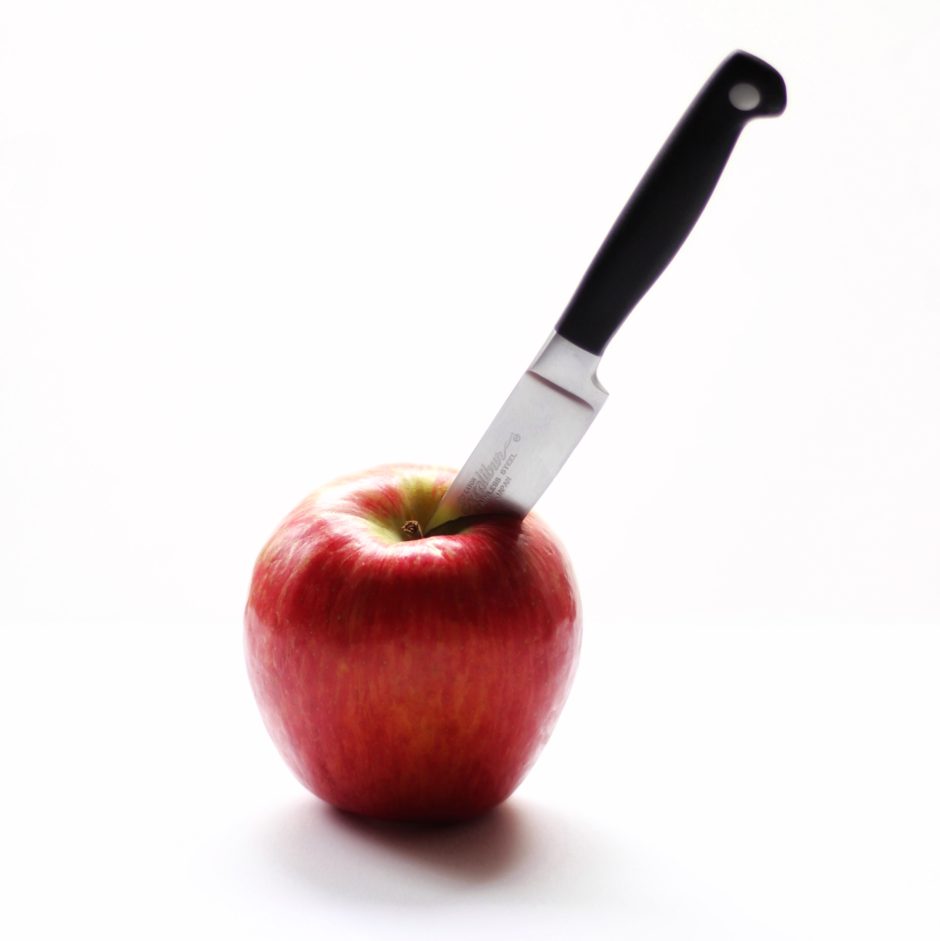 My friend T bought a first generation iPad. I thought it was stupidest thing I had ever seen. “What on earth do you need that for?” I asked her, “you’ve already got a cell phone and a desktop computer!” When the iPad mini came out, she bought one of those too. What an idiot! And then for Christmas that year, my husband gave me an iPad mini, figuring, I guess, that I needed to keep up with the Joneses. “Oh that’s great honey, thanks!” I faked. Seriously? Why would he buy this for me? It’s dumb, redundant, expensive, and everything that’s wrong with our one-upping, consumerist, techno-crazed, dead-walking culture. I figured I’d noodle around on it for a couple of days for show and then shove it in my desk drawer along with the Kobo he gave me for Christmas a couple of years before that.

Within a few hours I was mainlining that iPad like a seasoned crackie. It was as if I had just discovered oxygen or daylight or something. For the next four years, that iPad was an extension of my hand; it was as much a part of my anatomy as my fingers, the fingers that were incessantly poking, swiping, and tapping. First thing in the morning I reach for my iPad to scope the headlines, check out my social media streams, and refer to the weather app to figure out what clothes to wear. Throughout the day I read books and magazines on my iPad, download music and podcasts to listen to on my daily walk, stream exercise videos and check in with my Fitbit app, incessantly consult Google, upload and edit photos, meditate via my mindfulness subscription, and fall asleep to Netflix. My iPad is basically a heart lung machine.

Sadly, my iPad is not a great flashlight. Stumbling sleepy and creaky to the washroom in the middle of the night, I often use my iPad to light the way. I find that Google’s white screen is enough to illuminate the major toe-stubbing obstacles but not enough to disturb my husband’s sleep. Last week, perhaps particularly sleep or creaky, I dropped my iPad on the bedroom’s hardwood floor. It made a sickening thwack. More of a crunch, really. “No no no no nooooo”, I wailed. The screen took on a disturbing greenish hue with a thick black stripe running down its left side. I could still sort of navigate through the various apps and programs, but it didn’t look good. I cradled the iPad as I scuttled downstairs to plug it into the charger. Maybe that would fix it. Like hooking up to an IV. Maybe the infection would pass. Take two aspirins and call me in the morning.

The next day I didn’t laze around in bed faffing about on my iPad, as is my usual wont. Within moments of my eyes flickering open, I raced downstairs to check on my patient. My ministrations of the early morning had done nothing to improve the situation; my iPad would need a specialist. I spent hours on the phone with Apple making sure that everything on my iPad was backed up to the cloud. What with my greenish screen and the big black stripe, progress was slow.

I got nothing done that day, which was bad enough, but I also spent hours without the use of my iPad. What the hell was I supposed to do? “I can’t live without you iPad! If you go, I go too!” I was experiencing withdrawal, grief, and panic on a twelve step level. And revulsion, of course, what with feeling so strongly about a piece of technology I had once scoffed at. (Sorry T!) But during the phone call with Apple I had a revelation. Shuffled from one tech specialist to another, moving up the chain of seniority or expertise I guess, I finally bumped up against a scenario I am sure you are all familiar with. The so-called “help” technician who SHUTS YOU DOWN.

I know what it’s like to be treated poorly, like someone who isn’t very smart or capable or valuable or important. Anyone who has worked in the service industry knows what that feels like, and I make it a point of pride not to behave like that. With each Apple representative I said “what’s your name?” and I wrote it down. I then asked them to spell it, so I would be sure to call them Jannifer instead of Jennifer, because that’s considerate, right? Each time I explained the problem, I felt like a little piece of me died; like some of my brain melted or a finger fell off. “How many times do I have to tell this story?” I screamed in my head. Each time I was bumped to another specialist I could feel my heart rate accelerate and my blood pressure spike.

When I finally got through to Jezzica (not Jessica) I said right up front, “Jezzica, I just want to give you some context here. I’ve been on the phone for three hours. I’m very upset and frustrated and stressed out. I know that’s not your fault. I know you’re trying to help me. I just want you to know how crazy-making this experience is. I apologize in advance if I say anything to offend or upset you.” Seriously. This is what I say to help desk people all the time. It usually helps. But Jezzica was a hard ass. When she told me to restore the iPad I pleaded with her to come up with another plan. “Jezzica, I’ve done that already and it didn’t work! Please don’t make me do it again. Please! Jesus Christ!” Then Jezzica said, “don’t take that tone with me”.

I felt like a kid in a one-room schoolhouse getting a dressing down from the schoolmarm. “Don’t take that tone with me!” Who says that? Who actually says that? I’ve had three kids of my own and have never come remotely close to saying that. Jesus Christ! Out of frustration and fatigue I said, “Jezzica. Look. You work at the help desk for crying out loud. How many people phone up and tell you what a great job you’re doing? How many people call with compliments? You’re supposed to help people! And you’re a senior technician! You only get to talk to the people who have already been on the phone forever and are starting to lose their minds! This is no strawberry social you know!” And then Jezzica said…well, actually, Jezzica said nothing. Click. She hung up on me. After screaming at my telephone and stomping me feet so hard they actually hurt, I hauled myself off to the Junkie Store, I mean the Apple Store, where I bought a new iPad. It’s no wonder that place is as white and clinical as a hospital dispensary. And then there’s everyone milling around looking either jacked up or cracked out.