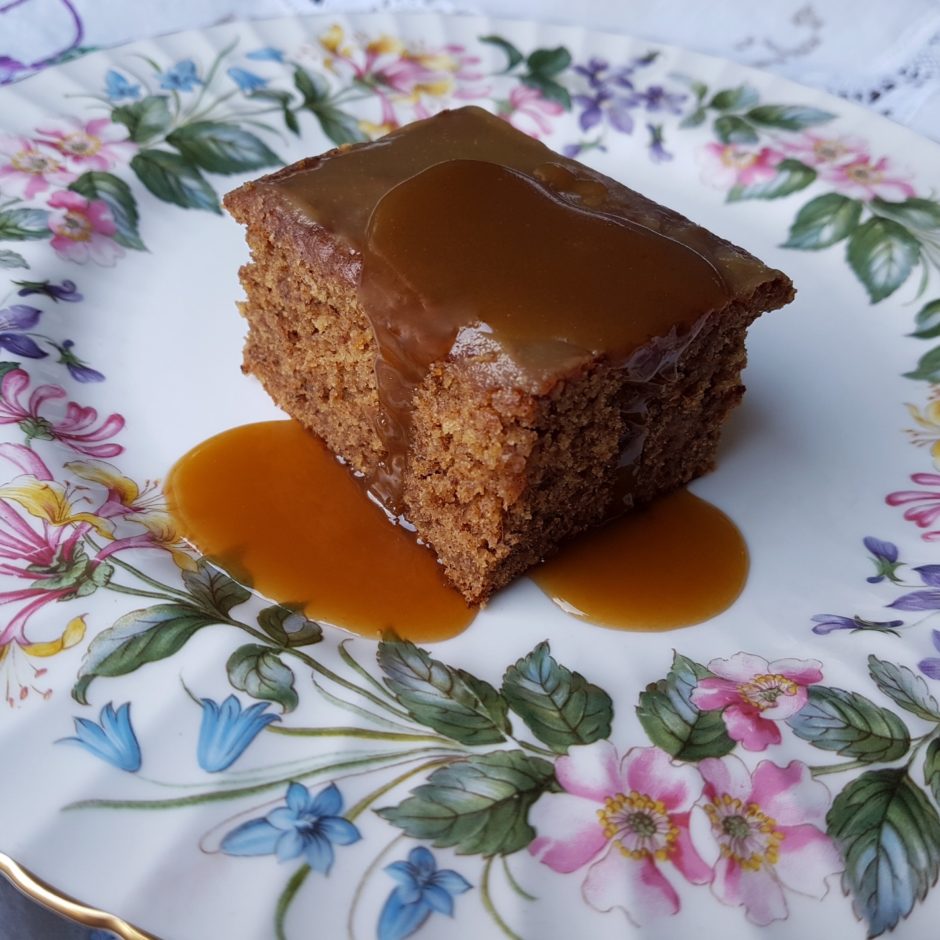 Sticky toffee pudding is not pudding, as most people understand pudding, it’s a cake.  But the Brits call all desserts “pudding” and that’s where this cake originates. But a rose by another name as far as I’m concerned.  This cake is deliciously fudgy and gooey, best served warm with a scoop of vanilla ice cream.  It’s rather a large recipe so it will feed a crowd, but this cake also keeps for a few days and is yummy for breakfast the next day after a couple of turns in the microwave.

Save Print
Ingredients
Instructions
3.5.3226
While the cake is baking, listen to Bon Iver read my rant “Stating the Obvious”…
Share
Tweet
Pin
cakecarameldatesdessertfeeds a crowdtoffee