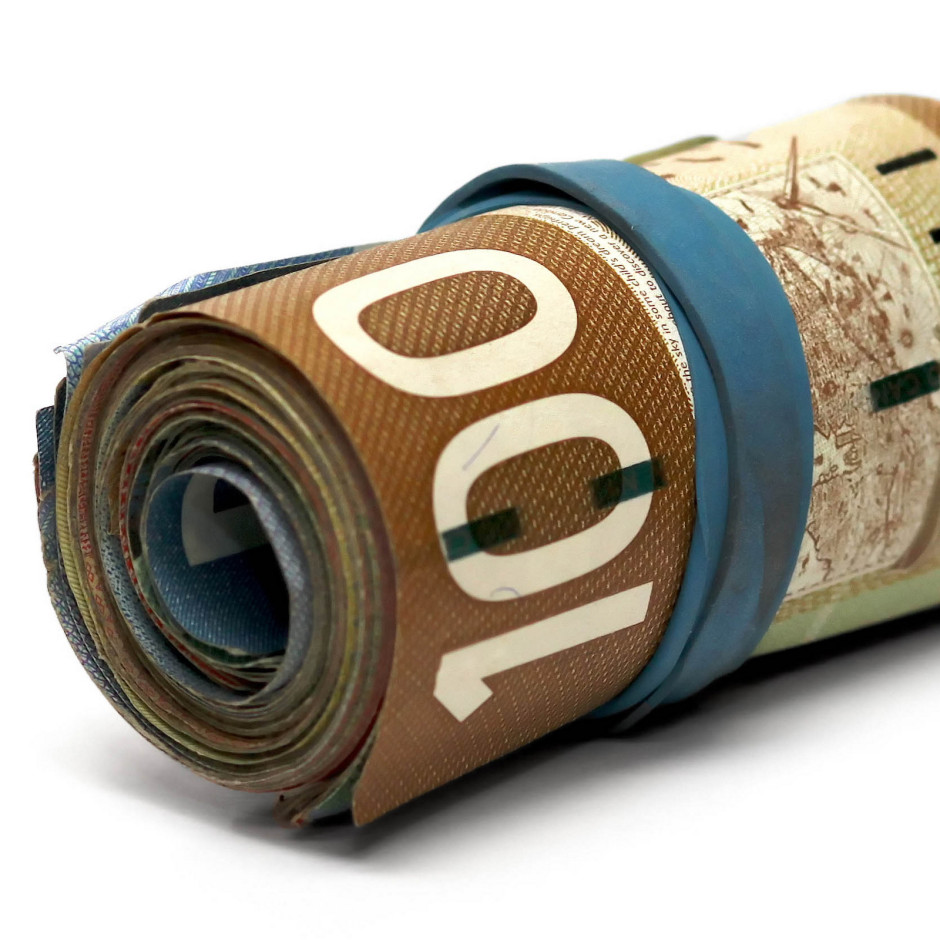 Glamourous?  Hardly.  There are the quotidian tasks like: washing windows, shoveling snow, polishing glassware, setting tables, answering telephones, juggling a reservation book, peeling 50 pounds of potatoes, scrubbing something (owning a restaurant involves a ridiculous amount of scrubbing), taking out the garbage, carrying hundreds of pounds of inventory downstairs or upstairs, and trying to remember if you have eaten anything today – all before (and sometimes during) dinner service.  Now and again, a restaurateur is called upon to undertake responsibilities that cannot possibly be delegated, like stripping down to your underwear, lying on the concrete floor in the dishpit and reaching up to your ears into unspeakable muck in order to unclog the basement floor grease trap because a thoughtless customer decided to flush a tampon even though a clearly-posted sign politely requests not to do so.  Or, returning from a rare and well-earned holiday you might discover that an underground city sewage pipe erupted in your absence and you have to close the restaurant for another day while you quite literally shovel shit, choke on clouds of bleach vapour, and weep over the telephone to your insurance company.

Some of my other regular duties include swanning about and schmoozing.  The other evening I processed a customer’s credit card transaction and, as I always try to do, I inquired after the party’s dining experience; something along the lines of, “thank you very much for dining with us this evening, I trust you enjoyed everything?”  The customer’s response was, “well, you shouldn’t run out of salmon at 8:00 at night.  I don’t know what the chef is thinking allowing that to happen.”  “I’m very sorry sir”, I respond, “we had three different fish specials this evening and the salmon special was wildly popular.  As you might imagine, it’s difficult to guess which menu items will be the favourites on any given evening.  That is why it is called a ‘special’.”  “Yes but”, he says, “you should tell the chef that he obviously doesn’t know what he is doing if he doesn’t order enough salmon to make it past 8:00 on a Saturday night.”  As I often do, I put my hand on the customer’s shoulder to indicate familiarity, sympathy and understanding (and to keep myself from grabbing a fork and plunging it into his chest) and say, “well sir, the kitchen is right over there.  Perhaps you would like to tell the chef yourself.  He is the one with the kitchen knife and the maniacal gleam.”  And then I laugh so that he thinks that I am making a joke.

One evening, towards the end of dinner service, a party of four came for dinner at our restaurant around the same time that a large party of about 20 arrived.  After allowing a reasonable amount of time for the party of four to chit chat amongst themselves and have a cocktail, their server asked if he could take their dinner order.  “We’re not ready,” was the reply, “we are in no rush and would like to take our time this evening.”  “Of course!” replied the server and then he walked away.  A little while later, the large party indicated their readiness to order dinner.  As a server was taking their order, I nipped over to the party of four and said, “I understand that you are in no rush this evening, but I wonder if you might like to order your dinner before the large party behind you does.  I would like to put your order in ahead of theirs in the queue.”  “No,” was the reply, “we aren’t ready.”  “Of course,” I say, “I was only trying to put you at the front of the line.  Whenever you are ready.”  Just as I have turned away, and before I have had a chance to say anything to their server, he is at their table asking if they would like to order their dinner before the large party steps to the front of the line.  “NO.  WE ARE NOT READY!” is the reply.  Yikes.  Both the server and I are only trying to be considerate but these folks are ticked.  “Just leave them,” I tell the server, “don’t ask them again.  Let them sit and talk and drink their cocktails.  They will let you know when they want to order.”

Sure enough, not 5 minutes later, the party of four is suddenly ravenous.  Unfortunately, and in the meantime, the large party has ordered the very last of the braised short ribs.  “I’m very sorry,” says the server, “I’m afraid we have sold out of the short ribs.”  “What?” one of the four protests, “how can you run out of the short ribs?  I came specifically for that menu item and told my friends about it.  We ALL wanted the short ribs.”  “I apologize madam,” says the server, “the large party requested the last ten orders.  I did try to get your dinner order ahead of them.”  “Well, I don’t think we are going to stay then.” she says.  “Perhaps there is something else on the dinner menu you might like,” says the server, “I’ll give you a few moments and then I’ll come back.”

One of the women in the party of four waves me over.  “How can you run out of short ribs?  That’s why we came here!”  “I’m very sorry madam,” I say, “but it is the end of the night and occasionally we will run out of a particular menu item.  It turns out that the short ribs were unusually popular this evening.  Both your server and I did try to get your order in before the other party.  I’m afraid they asked for the last orders.”  “Well,” she says, “can’t you ask some of THEM to choose something else so that we can have the short ribs?”  “I don’t think that would be fair madam.”  I reply.  “This is ridiculous,” she complains, “I think we are just going to leave.”  “I’m very sorry to hear that madam,” I say, “are you sure there is nothing else on the menu that interests you or should I just get your bill?”  “Let me think about it.” she says.  “Of course.”  And I walk away.  A few moments later, the woman approaches me at the bar.  “So, here’s what I want,” she says, as if she were proposing an amendment to our bilateral trade agreement, “I would like you to ask some of the people in that other group to pick something else so that we can have the short ribs.  But if you won’t do that, we would like to have the veal chops instead of the short ribs, but for the same price.”  (Naturally, the veal chop, at nearly twice the price of the short ribs, is the most expensive item on our menu.)  “As I explained before madam,” I say, “it wouldn’t be fair to ask anyone in the other party to choose something else so that you can have the short ribs.  We did try to put you ahead in the queue as you recall.  And as for charging the same price for the veal chop that we charge for the short ribs, I’m afraid we just can’t do that.”

Then I get a tirade about how they are going to leave without eating anything and about how her parents come to the restaurant all the time and about how her parents know the owner, blah blah blah, and she is going to complain to them and we will never see her or her friends or her parents ever again.  I bite my tongue to keep my smile from spreading over my face.  “I’m very sorry that you feel that way.  But I guess you have to do what you have to do.”  They stayed, of course, and had the veal chops for which they paid full price.

I’m feeling the teensiest bit bad about their short rib disappointment, so I resolve to buy this party dessert.  After they have finished their dinner, the server brings dessert menus.  I wait a few minutes and then approach their table.  “Will you have dessert?”  I inquire.  “I can’t believe you’re asking that,” one of the group says, “you should have just brought us free desserts as an apology.”  “Actually,” I say, “I was planning on buying you dessert, I just thought I would let you choose what you wanted as I know how important that is to you.  I had hoped that it would be my idea, not yours, but I’ve changed my mind about it now.”  And I walked away from the table, face flaming and jaw clenched.

One of the nicest things you can say about McDonald’s is that it is always consistent.  (Unless you are a shareholder, in which case the nicest thing you can say is “thanks for the stock split and the dividends.”)  A Big Mac looks and tastes the same in Budapest, Bangkok or Boston.  And the Big Mac is in never-ending supply in part because each McDonald’s ‘restaurant’ has an enormous, double-car garage-sized walk-in freezer in the basement stocked to the brim with frozen pucks.  At our restaurant, however, we don’t have an airplane hangar walk-in; we buy our meat, fish, dairy and produce fresh every day.  Sometimes we are busier than expected, sometimes it seems that practically every customer orders the chicken, and sometimes we miscalculate our prognostications of what the most popular dish of the evening will be because we misread the tea leaves, or because we didn’t take into account the cycle of the moon, the prevailing winds or your daily horoscope.  In those rare instances, we will occasionally run out of a daily special or menu item before the last table has ordered.  I am genuinely sorry when this happens, as no restaurateur wants to disappoint a customer.  But, it does happens and it’s not personal.  I’m  not sure why some people think that when this happens I should substitute a significantly more expensive item at the same price, or buy a round of drinks, or comp an entire bill.  If that is your opinion, may I suggest a Big Mac?

Put on this playlist from the very comforting Jane Siberry and make the most comforting of comfort foods, a giant chocolate chip cookie.