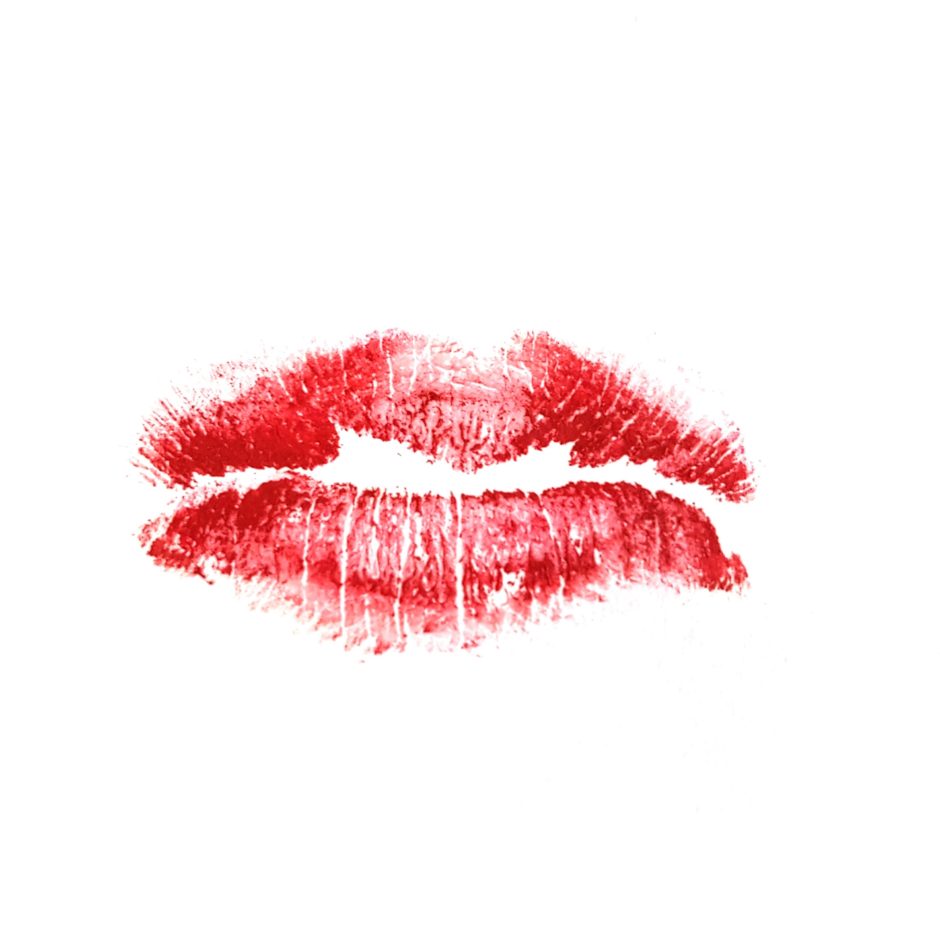 Our first apartment was so small that it would fit in your pocket – as little, ill-equipped and unrealistic as a doll house.  (Were there even closets?)  All we could fit in the bedroom was our double futon mattress.  Washing my hair in the shower was only possible if I bent my chin to my chest and, keeping my elbows tucked against my body, used my fingertips to apply shampoo.  A bath?  As if!  Perhaps a small dog all at once, or a person one body part at a time.  When we put up our first ever Christmas tree we had to remove the sofa.  “What a lovely Christmas tree!” we said to each other as we stood admiring it, because standing was all we could do now.  Unfolding our collapsible table and chairs, and then folding them up again afterwards, was as necessary a mealtime ritual as washing the dishes.  Our apartment was so tiny that it contained only enough oxygen for two people and a clearly hypoxic cat.  When my best friend came over, my husband had to go to the gym or the grocery store.  My future mother-in-law’s visits were coordinated to coincide with those times when I occupied myself in the basement laundry room.  And the kitchen!  Imagine a broom closet in a motor home – and then divide that in half.  A toy sink.  A refrigerator that was only slighter larger than imaginary.  An Easy-Bake oven.

This was the kitchen of a chef mind you.  Despite its constraints, my husband still managed to produce birthday cakes and rack of lamb.  That is the genius of a chef.  He or she can create a healthy and satisfying meal when all that I can find in the fridge is ketchup, cocktail onions, green cheese, a single flaccid carrot, and something brownish.  His magic wand was actually a barbeque, a little Hibachi number that lived on the so-called fire escape.  If our apartment had caught fire, we would have had to take turns squeezing through a one foot square sliding window onto a rickety assortment of rusty slats, and then down four flights of equally dubious stairs.  With a cat.  But we loved our fire escape because we loved our barbeque.  My husband placed all the Hibachi’s parts on the ersatz escape route, and then reached through the window with the necessary screwdriver to assemble it.  Using the barbeque meant dangling bits of meat and tongs and arms out the window.  I’ve never gotten over the irony of having a fire on a fire escape.  But we were young and stupid, which is really saying the same thing.

Our second apartment was bigger.  The living room accommodated a sofa AND a Christmas tree.  There were closets.  The kitchen was so big that we didn’t need to pack up the table and chairs after every meal.  There was even enough space to have friends over for dinner.  Although he still spent most of the day in what looked like a coma, it seemed that the cat perked up a bit too.  And being the bottom floor of a small semi-detached house, it meant that the parking spot for our third hand car could also share space with a barbeque.  Of course the Hibachi had been left behind for the next tenants of the doll house, mostly because we couldn’t pull it, fully formed, back through the window.  Our new barbeque was a cheap Weber kettle imitation but, like the apartment itself, was more capacious.  There was now actually enough space to grill food for two people at the same time.  Best of all, there was no more hanging out the window to prepare dinner.

When we bought our first house we put away childish things like toy barbeques and folding chairs.  Like every young couple in possession of a new house, we spent our weekends at IKEA, Canadian Tire or The Home Depot.  One of our first purchases was a hulking gas barbeque, big enough that we required assistance loading the box into our brand new second hand car.  My husband spent the day assembling the barbeque on the back deck.  For a usually calm and even-tempered guy, there was a lot of cursing and stomping.  Then the assembly instructions went airborne, as if they insulted his masculinity and innate male ability to build something from scratch without assistance.  What does reading have to do with barbequing after all?  Several hours later the barbeque was good to go.  When I went outside to admire his handiwork, my husband handed me a couple of bolts, some washers, a few nuts and a length of hose.  “These must be extras” he said, “maybe put them in the junk drawer in case we need them later”.  Extras?  I had put together enough IKEA furniture to know that big box stores don’t give you “extras”.  There are always precisely the number of bolts, washers, nuts and lengths of hose needed for the job.  When my husband fired up the barbeque later that day I made sure that I was standing outside the anticipated blast radius.

I am reminded of a time when I rewired an antique lamp.  I watched YouTube tutorials and consulted with the retired electrician working at The Home Depot.   My youngest son, then about 8, watched as I threaded new wire through the base of the lamp and up into the socket assembly.  At one end of the wire I made a new plug.  In the middle of the wire I installed a switch.  At the other end I stripped the plastic coating and attached the exposed wires to the screws in the ancient porcelain socket.  The entire time my son shook his head doubtfully and pronounced, “shouldn’t daddy do that?  Which I took as an invitation to double down on conveying some child-appropriate feminism.  “Girls can do anything boys can do”, that sort of thing.  But I’m thinking to myself, “betcha I won’t have any parts leftover at the end of this!”.  I say to my son, “OK I’m gonna turn it on now, watch this!”  He winces and backs away slowly in a familiar way.  Then I flip the switch – let there be light!  And I say “who’s your daddy?” much to my own amusement.

I have a folder in the office filing drawer devoted to instruction manuals.  Toaster?  Iron?  Hairdryer?  Spice grinder?  Yup, I’ve read them all, cover to cover.  Is there truth to the old trope that men don’t read instructions?  That they know, from birth and on a cellular level, just by virtue of their DNA and having dangly bits, how to wire a television surround sound system?  That using maps or asking for directions is only for chumps or women?  That  bicycle or barbecue assembly know-how is genetically encoded, and supercedes or renders unnecessary actual written instructions?  Well, after years in the restaurant business, I figure it’s only half true.  The fact is that NO ONE reads.  At least, no one reads a restaurant menu, not completely or with attention.  It seems that unless information comes from artfully filtered photographs, people’s attention span is woefully short.  Customers see “chicken” on a menu and then flake out entirely.  It’s like blah blah blah chicken blah blah blah.  “Oh there’s nuts on the chicken?  I can’t eat this.  I’m allergic to nuts.  And it has a cream sauce?  But I’m lactose.”  The menu says “pecan-crusted chicken with pommery cream sauce”.  What’s not to understand?  Pecans are nuts and cream has lactose.  Did you even read the menu?  Of course not, because it isn’t accompanied by instant information pretty pictures.  I feel like menus should be just photographs with scratch and sniff stickers and “Pat the Bunny” touch and feel patches.  Menu descriptions are prolix for a reason folks: because lots of people have allergies and intolerances, are salt sensitive, are lactose or celiac, or just have some fucked up food issues.  Please, I beg you, read the menu so we don’t make your food and then throw it out and have to make it all over again because you didn’t notice that the veal paillard with mushroom jus has mushrooms.

One evening, a woman returned to the restaurant a few moments after having left, incensed that she had received a parking ticket.  Apparently it was my fault that she was not made aware that payment for street parking had been extended from 9 pm to 10 pm.  “You know, you really should tell your customers about the parking changes”, she said, “at the very least you should put it on the menu.”  Seriously?  People don’t read the menu as it is!  If they can’t be bothered to determine that molten chocolate cake is “molten” and, therefore, really freaking hot so don’t touch the ramekin, can you really expect that they will read that street parking charges have been extended?  And is that really my responsibility anyway?  I am thinking that maybe I should also add such helpful information as “don’t stare directly into the sun” and “don’t give the plastic drycleaning bag to your baby because it is not a toy” and “do not eat the silica pouch that came in your new shoes” and “wash your hands after pooping”.  Seriously though, I think the last one is a good idea; I never fail to be disgusted at the number of people who go about their “business” and then blithely leave the bathroom wondering to themselves, “what is the purpose of that white ceramic thing with taps and that container of pink bubbly stuff?”  Read my lips: read the instructions, read the parking meter, read the road signs and please, I beg you, read the goddamn menu.

Now, in our current house, we have four barbeques.  A smoker, a charcoal kettle, a caja (you can roast a whole pig!) and a new gas barbeque that came already assembled.

Make some hummus and listen to this playlist from Elvis Costello…

The Empress Has No Clothes: a Book Review of I Hear She’s a Real Bitch by Jen Agg